END_OF_DOCUMENT_TOKEN_TO_BE_REPLACED

The project aims to create conditions for multicultural dialog, for argumentative discussion, for critical debate on controversial human rights issues. Macedonian record on human rights issues is not satisfactory. Macedonia usually takes the bottom of the human rights watchdog institutions lists, along with the countries that do not have democratic systems. There are several notorious cases, reaching even before bodies like Council of Europe. The internal atmosphere in the country is also marked by intolerance.

The public space is preoccupied with hate speech, ignorance, and inability to understand the needs and the position of the others. The country came on the age of a civil war in 2001. This situation had to be changed with profound action. First, by educating the opinion makers, activists and journalists how to recognize, how to present and how to deal with controversial human right issues. Than, by creating concrete spaces where questions would be discussed and the new knowledge would be applying. The critical turn was to introduce the spirit of the democratic and open dialog and argumentative debating concerning the human rights issues, which have been one of the most fragile questions in our society. Increase awareness of the concept and the methods of critical thinking aimed to open controversial themes and constructive polemics, critical discussion and public debate on controversial human rights issues. The idea is to mobilize the local community, media and NGO sector capacities to actualise neglected issues of civil interest. The critical public debate allows articulation of different views and interests, in a forum characterized by rational arguments and personal respect.

Promote the concept of human rights by using methods and techniques of critical thinking and debating. It was important to create the lobby group of influential and well skilled opinion makers who will become “corrective” in the actual and dominant discourses that can’t cope with the main principles of human rights issues. Also we aimed to influence the official educational authorities to include the methods of critical thinking and debating concerning the human rights issues in the frames of facultative, optional curriculum.Critically question the existing programs and institutions for promotion, monitoring and protection of human rights and freedoms.

School for Critical Thinking and Debating is funded by the European Commission, promoting the concept of human rights by using methods and techniques of critical thinking and debating. 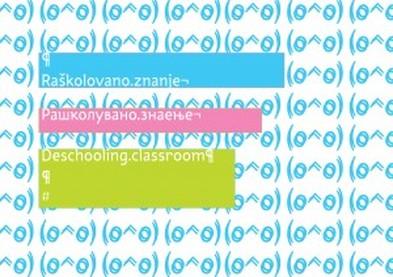